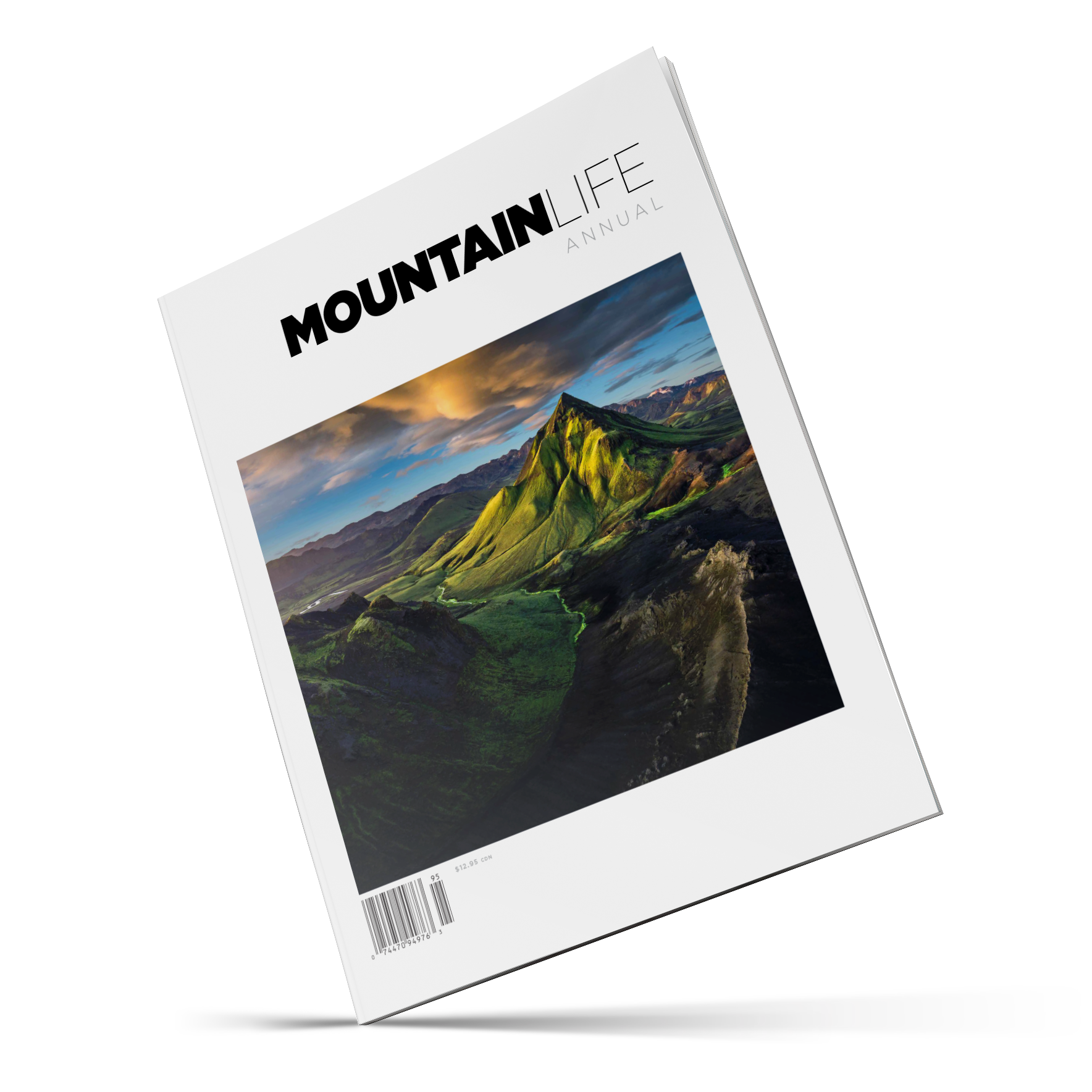 Mountain Life Annual is designed to appeal to anyone who engages in outdoor activity—regardless of age or comfort-level. Through ideas, art, and really exceptional photography, MLA goes beyond the bravado of adventure to highlight the social, cultural, and environmental contexts behind many of these endeavours.

NOTE: we are pausing the Mountain Life Annual Magazine for 2021.

In addition to those who enjoy our high-octane regional mags, Mountain Life Annual is designed to appeal to anyone who engages in outdoor activity—regardless of age or comfort-level. Through ideas, art, and really exceptional photography, MLA goes beyond the bravado of adventure to highlight the social, cultural, and environmental contexts behind many of these endeavours.

This year’s edition is no exception as it contains more stunning photography and unique storytelling in a book that is meant to go the distance. With contributing photographers such as Scott Serfas, Ben Haggar, Steve Ogle, Garret Grove, and many more, this issue is sure to be the best yet.

People Of The Blue Water

Follow along with Tyler Garnham as the photojournalist with an affinity for big water leads us down the might Chilcotin River on a seven-day journey through the land of the Tŝilhqot’in people, revealing the hand of deep time, the terror of climate change, and the ongoing impact of colonial struggles.

Lisa Richardson and Garrett Grove take us inside the making of Jordan Manley’s award-winning, soul-stirring film, Treeline. An in-depth look at our relationship with nature, and more specifically, the invaluable connection between trees and humans, the film follows skier Leah Evan on a journey from British Columbia to Alaska as she meets trees and the people who understand them perhaps better than anyone else.

Into The Heart Of The World

“Every exotic expedition has a crucial moment—a point in time that qualifies the entire trip, in which success, failure, or the inability to differentiate between the two is defined”. Adventurers Steve Ogle, Chad Sayers, and Ptor Spieciniks are more than familiar with this notion as they head on a trip to what can only be described as the “Skier’s El Dorado”. This is both an eye-opening and groundbreaking ascent and descent that you won’t want to miss.

The Spirit Of Kiviuq is the legend of a boy who eternally wanders the Arctic— perhaps not so different from Ben Haggar, the brains behind a solo point to point 200-kilometre bikepacking trip across the uninviting landscape of Greenlands Arctic Tundra. Stepping away from his life as a tour guide, Haggar embarks on a unique journey, hoping to tame the restless soul of the howling Arctic along the way.

Inspired to overcome limited freedom and poverty during the dark days of the Cold War, Polish climbers launched an unprecedented assault on the Himalaya. Despite the distance and danger, escaping the drab system and desperate circumstances of home was key to a series of spectacular winter ascents that changed the alpine world forever.

Even after 50 years of exploration, Mexico’s massive Sistema Huautla still has secrets to reveal. For photographer and explorer Josh Hydeman, the secrets of caves, canyons, and unexplored places in the wild are of utmost importance—follow along as he goes deeper than ever before into one of the world’s most mysterious locales.

Be the first to review “Mountain Life Annual” Cancel reply